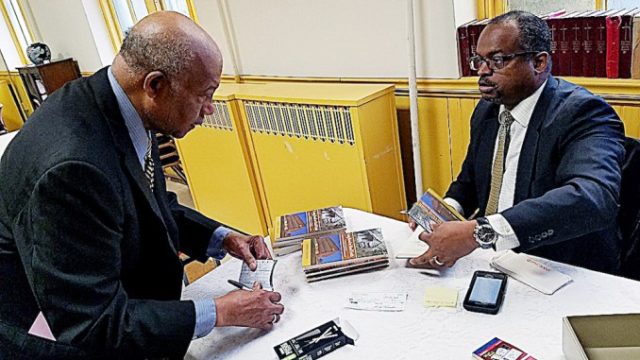 In 1916, the National Memorial Association, an organization made up of Black leaders, pushed for a proposal to open a museum in the District to honor the service of Black soldiers and sailors.

And in 2003, President George W. Bush signed a law for an African-American museum to open on the National Mall in Northwest. However, it was another 13 years before the $540 million museum finally opened Sept. 24, 2016.

These and other stories are compiled into a book, “Long Road to Hard Truth: The 100-year Missions to Create the National Museum of African American History and Culture.” The author, Robert L. Wilkins, a judge for the U.S. Court of Appeals for the District of Columbia Circuit, told nearly four dozen people last month at Second Baptist Church in northwest D.C. it took him 15 years to complete the book.

Wilkins said a filmmaker plans to turn his book into a documentary.

“The museum is also a memorial … to the people of African descent,” he said. “Their fuel was the impetus to get this story told. The museum is part of an example when you put people before country.”

Read more on The Washington Informer.