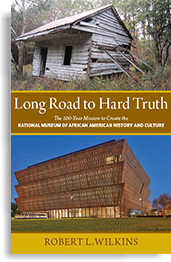 Wilkins has been intensely a part of the story of the creation of the National Museum of African American History and Culture. Long Road to Hard Truth, part history and part memoir, chronicles the near century mission for building a museum that would gather, preserve, celebrate, and advance the facts and artifacts of the African American experience.

Long Road to Hard Truth begins in the days just after the Civil War, with the failure to include any Black regiments in the Grand Review victory parade of Union troops. With the finish line in sight, the National Museum of African American History and Culture opens in September 2016 on the Mall in Washington, D.C., 100 years after the idea was first proposed, and when, in a final and fitting irony, the ribbon is cut by Barack Obama, the first African American President of the United States. 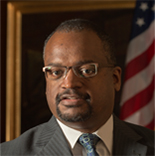 Judge Robert L. Wilkins was appointed to the United States Court of Appeals for the District of Columbia Circuit on January 15, 2014. A native of Muncie Indiana, he obtained a B.S. in Chemical Engineering from Rose-Hulman Institute of Technology in 1986 and a J.D. from Harvard Law School in 1989.